16 Days of Activism against Gender-based Violence

The denial of women’s land rights is a form of gender-based violence.

The Stand for Her Land (S4HL) campaign secures women’s rights to land, property and productive resources, which are foundational to fulfilling women’s human rights and to empowering women socially and economically. S4HL is part of the broad global movement for gender equity in all facets of women’s public and private lives. Land is a fundamental tool of power, identity, and wealth – women’s full equality depends on their equal control, ownership, and leadership related to land and natural resources.

The denial of women’s rights to land, property, and economic benefits is gender-based violence (GBV). In recognition that GBV profoundly hinders gender equality and the realization of women’s land rights, S4HL is fundamentally an anti-violence campaign.

During the 16 Days of Activism against Gender-based Violence (Nov. 25 to Dec. 10), S4HL is calling on and joining with global partners, the leaders of S4HL country coalitions, global development actors, and members of the feminist movement, to declare their support for women’s land rights and S4HL, and their commitment to stand against all forms of violence against women.

Gender-based violence (GBV) is leveled against women and girls to exert power and control, to intimidate or frustrate their efforts to exercise their rights, and to uphold patriarchy. Such violence persists because prevailing social norms make it acceptable.

One of the most impactful anti-violence measures we can take is to dismantle the patriarchal social norms that have long upheld and justified GBV.

A fundamental way to effect such change is by redefining who within households and communities has rights to land.

Because land is power. And by challenging the notion that land and property rights are a male domain — by affirming instead that land belongs equally to women and to men — we shift the balance of power and allow gender equity to take root.

Secure rights to land provide dignity and help fulfill women’s human rights. They help guarantee women’s status, voice, and equal personhood in households, communities, and societies. By strengthening women’s land rights, the S4HL campaign is helping women around the world to realize these benefits in their daily lives.

In Colombia, S4HL coalition lead Center for Research and Popular Education (CINEP) is coordinating actions in observation of the 16 Days of Activism in the Montes de Maria in the Caribbean Region. The advocacy actions against GBV fall exactly one month after the official launch of the S4HL Colombia campaign, locally referred to as the Coalition of Caribbean Women for Land and Territory. The coalition envisions a world free from violence against women through the creation of a women-led movement for the sustained defense of their land and territorial rights.

In Uganda, despite the existence of legal frameworks that promote gender equality and stand against GBV, women and girls encounter abuse daily, and gender inequalities continue to limit their ability to fully participate and benefit from existing development opportunities. The S4HL Coalition in Uganda is led by the Uganda Community-Based Association for Women and Children Welfare (UCOBAC). UCOBAC works on changing social norms and behaviors that enable discrimination and violence against women through advocacy and awareness raising in national and regional platforms, holding focus group discussions, and engaging with grassroots communities to increase their agency and voice.

In Senegal, women experience a high rate of violence, despite constitutional guarantees of gender equality and existing legal frameworks. In research into social norms surrounding GBV, both women and men expressed what they felt was an “acceptable level” of day-to-day physical violence. The S4HL Coalition in Senegal is led by Pan‐African Institute for Citizenship, Consumers, and Development (CICODEV). The coalition is working to change social norms and behaviors to increase women’s agency over resources and to raise awareness against GBV. They achieve this through regional and national advocacy, facilitating community dialogues, and increasing the capacity of grassroots women. 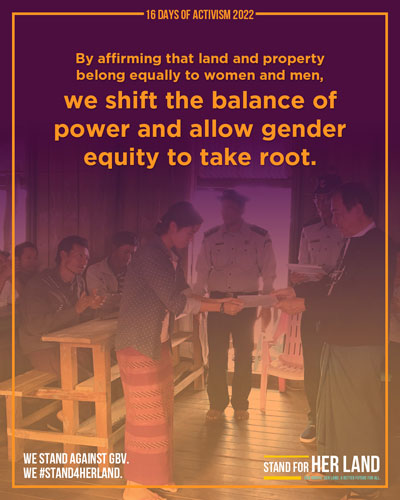 "We stand against GBV. We #Stand4HerLand.”

Add your voice to our campaign. Check out the social media kit and share why you’re choosing to stand up and speak out against GBV. 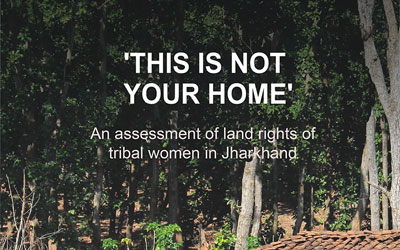 This is not your home: An assessment of land rights of tribal women in Jharkhand, India

An assessment of the land and inheritance rights of women living in Scheduled Tribe communities of Jharkhand, India – and how the existing eco-system of laws and cultural practices perpetuate a system of terror and brutality meant to deny women of their land rights. 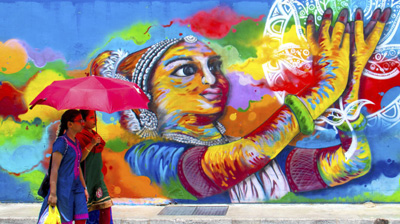 Peace of Land: A woman’s right to safety may depend on her right to own property

"The more I listen to women – as they talk about their past experiences, their present needs and their hopes for the future – the more confident I become that a piece of land has the power to break this cycle of oppression and lift women up, empowering them to live a life of dignity, autonomy and self-worth." 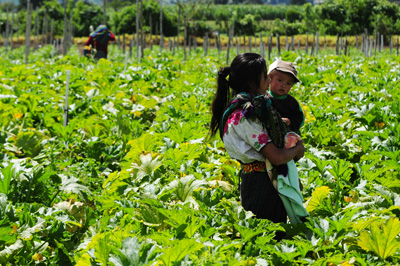 While more multi-country, large quantitative research is sorely needed, land rights for women may hold the key to long-term gender empowerment and reduction in gender-based violence.