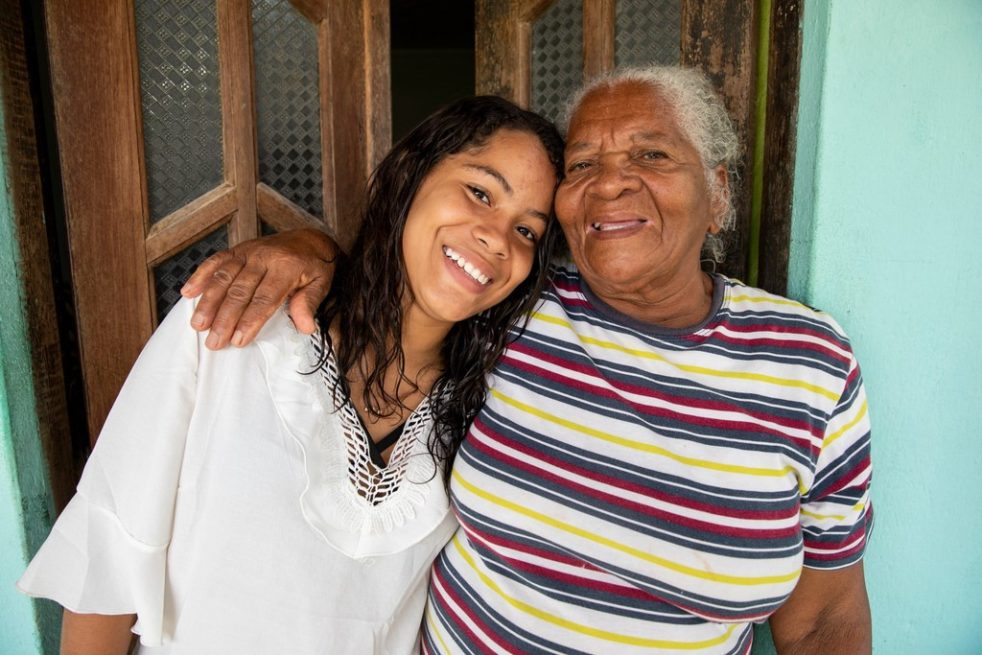 HABITAT FOR HUMANITY – As urbanization gallops through every corner of the world and more and more people are moving into urban areas, many societies face the challenge of dealing with land and housing. Consequently, in 39 countries, over 50% of the population lives in informal settlements, or slums. The people who dwell in these areas lack access to clean water, sanitation, educational and medical services and adequate housing, among others.

To address these issues, the United Nations has outlined a plan of 17 goals, called the Sustainable Development Goals, or the SDGs.

Through this strategy, the UN aims to enhance prosperity, promote well-being, protect the environment, and end poverty, by 2030. One of the ways that the UN wants to achieve its goals is by creating sustainable and resilient cities and communities, through SDG 11. Land is foundational to achieving a resilient and sustainable society, because it provides us with resources to live and it becomes the solid ground on which families can build houses. Nonetheless, due to rapid urbanization’s high demand for land, values keep rising and land becomes scarcer. These two elements can erode the livelihood of marginalized groups and especially women.

Even though women constitute half of the world’s population, produce 60% to 80% of the agricultural products in emerging markets, as well as most of the world’s food supply, they still possess less than 20% of land globally. Many countries deny—directly or indirectly—women’s access to land. Even though laws exist to allow women to have access to land, customary laws turn into an impenetrable barrier for them. In half of the world, women still struggle to possess, use, and inherit land. Thus, SDG 5 tackles the issue of achieving gender equality through reforms leading to increasing access to economic resources, such as land.

Possessing property leads to an increase in independence and enables women to develop their voice and dignity in the socio-political and economic spectrum. It also gives them the freedom of traveling to local markets, health centers, and other spheres outside of their private one. Access to property can also mean a significant decrease in domestic violence and an increase in the health and stability of the lives of women and their families. Furthermore, owning land and having access to housing comes with access to financial and legal institutions since property can be used as collateral or as the beginning of a home-based enterprise.

In Lesotho, Habitat for Humanity researched the connection between gender and land to identify gaps in policies that create barriers for women. The study concluded that gaps exist in inheritance rights as well as other legal frameworks that make it more difficult for women to own land. Since then, Habitat Lesotho has committed to finding ways to improve land laws and make them equally inclusive and gender-sensitive. One of the steps taken to address such issues was to share the initial findings with other partners. Habitat Lesotho organized an event which brought together officials from various governmental offices, such as from the Department of Housing, Land Survey and Physical Planning, Land Administration Authority, and the Lesotho Housing and Land Development Corporation.  As a result, all these entities promised to work on gender-related issues.

In Bolivia, Habitat for Humanity provided the opportunity for women to learn more about laws that guarantee them access to land and decent living conditions. Habitat Bolivia founded the School of Women Leaders for Secure Tenure which trained 300 hundred women to do advocacy work. As a result, the Women’s Network for Secure Tenure was established. These women leveraged governmental agencies in adding Article #647 in the Regularization of Property Rights regarding Real Estate Assets law. The government included the article which gave women the legal right to have the land registered under their name as well as their spouse’s. Prior to this, land could be registered only under the husband’s name.

Nonetheless, the work of Habitat for Humanity does not stop here. Since we recognize the importance of women’s land rights for housing, we have joined Landesa, the World Bank, the Global Land Tool Network, and Huairou Commission in launching the Stand For Her Land campaign. Stand For Her Land “works to strengthen land rights for women around the world by closing the gap between law and practice and helping fulfill promises of gender equality.” Another goal is to facilitate women’s access to financial resources, strengthen communities and to empower indigenous women to make their own decisions when it comes to land and other sources. Furthermore, the campaign aims to channel resources and support to provide women with a safe space they can call home.