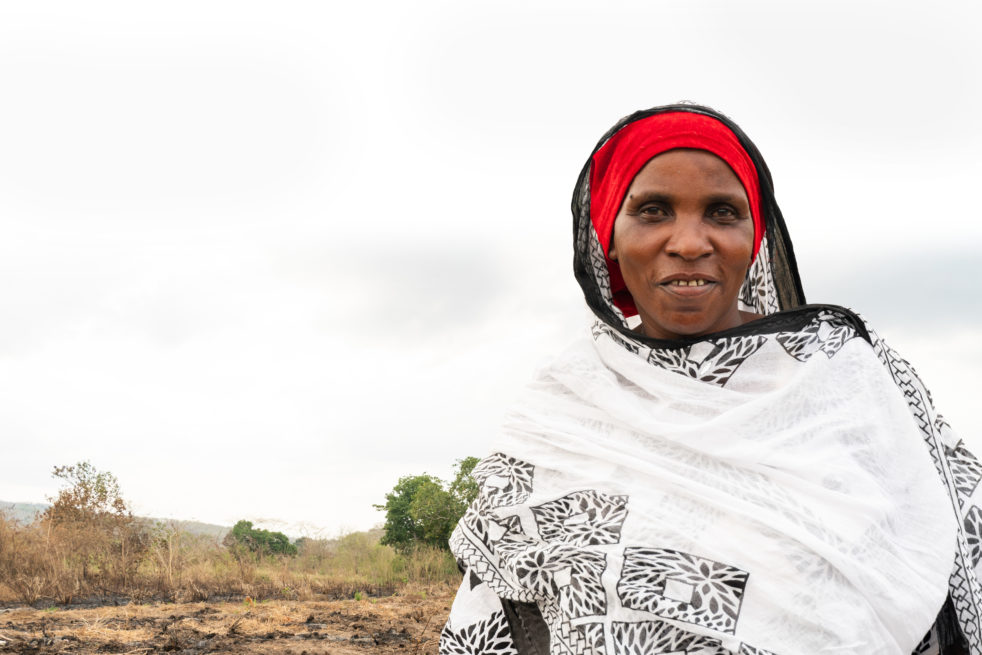 WASHINGTON, March 25, 2019 – Women in half of the countries in the world are unable to assert equal land and property rights despite legal protections, warned members of a new global campaign that formally launches today. The campaign, Stand For Her Land, aims to close this persistent gap between law and practice worldwide so that millions of women can realize these rights in their daily lives.

“For men and women alike, land is the foundation for security, shelter, and livelihood, supports women’s dignity and creates pathways to empowerment and economic opportunity,” said Karol Boudreaux, Chief Program Officer with the land rights group, Landesa, a founding partner of the Stand For Her Land campaign. “For women, land truly is a gateway right – without it, efforts to improve the basic rights and well-being of all women will continue to be hampered.”

Stand For Her Land founding partners Habitat for Humanity, Huairou Commission, Landesa, Global Land Tool Network (GLTN) Partners, and the World Bank are hosting a public launch event, “Presenting Stand For Her Land,” at 3 pm, March 25, ahead of the opening session of the World Bank Land and Poverty Conference 2019 at The World Bank, 1818 H Street NW, Washington, D.C.

“Secure land rights are essential for women’s economic empowerment and creating incentives for investment, providing an asset that can be leveraged for agriculture or business development, and offering a solid foundation for financial stability,” said Anna Wellenstein, Director, Social, Urban, Rural and Resilience Global Practice, World Bank. “Improving women’s access to – and control over – economic resources also has a positive effect on a range of development goals, including poverty reduction and economic growth. We are committed to working with partners to close the gap and make land rights for women a reality globally.”

Persistent discriminatory social norms and practices are among the strongest barriers standing between women and their land and property rights. Weak implementation of policies, insufficient capacity to enforce laws, and a lack of political will further compound the problem. And poor access to legal services and a lack of understanding of laws within communities and households – and by women themselves – build an invisible but near impenetrable wall to women realizing land and property rights in rural and urban areas alike.

“Insecure land rights create obstacles for women engaging in farming and other agricultural activities, in starting and running a home-based enterprise, and, as we’ve observed, in accessing safe and decent housing,” said Jane Katz, Director of International Affairs and Programs, of Habitat for Humanity International. “As urbanization continues to increase, land rights are an issue for all those living in cities as well as in rural areas.”

With so much at stake, there is growing recognition – and a growing movement – to strengthen women’s land rights around the world. The Stand For Her Land campaign aims to be a driving force behind this movement by catalyzing a consolidated push across settings and cultures – urban, rural, customary, and indigenous – to narrow the gap between law and practice towards secure women’s land.

“Global and regional efforts, including the United Nations Sustainable Development Goals and the New Urban Agenda, the African Union’s Campaign for Women’s Land Ownership and Agenda 2063, and U.S. Government’s new Global Women’s Development and Prosperity Initiative, recognize that women’s land rights are critical to achieving gender equality and tackling some of the world’s most pressing development challenges,” said Oumar Sylla, Leader of the Land and Global Land Tool Network Unit, UN-Habitat. “The Stand For Her Land Campaign aims to translate these gains at the highest levels into real change for women in villages and communities across the globe.”

The main objective of the campaign is to drive real change on the ground – consolidating local and national efforts by civil society groups, grassroots organizations, advocates and allies across sectors.

“This campaign is not a top-down effort but rather an approach to strengthening land rights from the ground up,” said Violet Shivutse, grassroots women’s leader from Kenya and Chair of the Huairou Commission. “Advocates, steeped in local contexts and the specific needs of communities, can apply their own expertise to overcome barriers for women and become the engines of social impact.”

Visit www.stand4herland.org to learn more about the Stand For Her Land campaign.