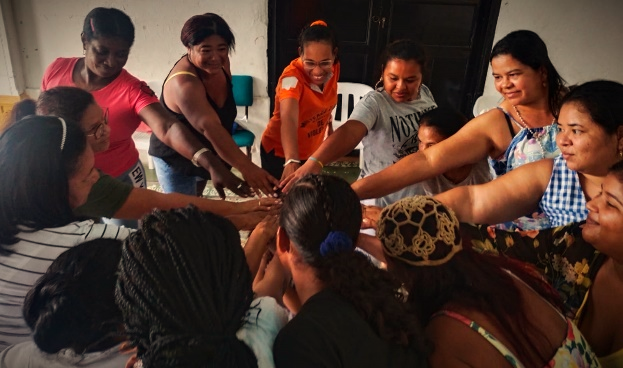 Launch of the Stand for Her Land Campaign in Colombia

On October 25, in the city of Bogotá, the Coalition of Women in the Caribbean Region, comprised of different organizations and networks from Córdoba, Montes de María and Canal del Dique will present to civil society organizations, national government agencies and international cooperation agencies, the campaign "Caribbean Women for Land and Territory", which aims at forging alliances and creating proposals for joint action.

This work is part of the global campaign Stand For Her Land. One of the main objectives of the campaign in Colombia is to help to guarantee rural women's rights by seeking to reduce the social and institutional gaps in their attempt to access to land and territorial governance (https://stand4herland.org).  In 2021, Colombia joined this global campaign with the support of the Center for Research and Popular Education (CINEP/PPP) and the National Coalition for Land in Colombia. So far, the campaign is expected to focus on the Colombian Caribbean, where the organizations belonging to the Coalition are located.

"We are women from the Caribbean, a territory historically inhabited in harmony by Afro-descendant, peasant and indigenous communities, who have been fighting for the land to farm it and continue the legacy of our ancestors”, reads one of the campaign documents prepared by the Coalition of Women in the Caribbean Region.

We highlight the relevance of this campaign in a country where, although the legislation protects women's rights to own, occupy, use, manage, inherit and transfer land, houses and properties, real contexts and data show that their effective implementation has not been possible:

In 2019, out of the national total of properties in which only one person is reported as owner, 63.7% of the properties were owned by men, whereas 36.3% were owned by women. Furthermore, throughout the country, the percentage of women landowners is higher than the percentage of women who make productive decisions: in other words, in addition to the gap in land ownership, there is a lack of control over the land.

It should be noted that the contents and actions of this campaign are set, researched and communicated based on the voices and experiences of Indigenous, Afro-descendant and peasant women. The campaign will be developed over the next three years and will build on training strategies with women's organizations, grass-root dialogues with different social sectors, participative research proposals and a strong focus on communication and advocacy.

"We hope that throughout these three years of campaign, we women will strengthen our ability to participate and defend our rights; that our male partners in organizations and communities understand and reject social norms that compromise women's rights. And in terms of advocacy, we hope that it will be possible to promote laws, regulations, programs and social agendas that guarantee access for us women to common goods such as the river, the land, the sea”.

The campaign "Caribbean Women for Land and Territory" will have the challenge of paving the way for the transformation of social norms that hinder their presence in the land, promoting the union of women to boost their demands and proposals, and strengthening the organizational and institutional agendas that seek to transform the living conditions of peasant, indigenous and Afro-descendant women. 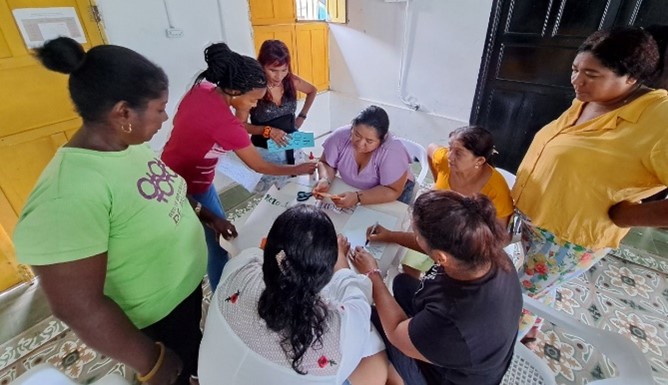